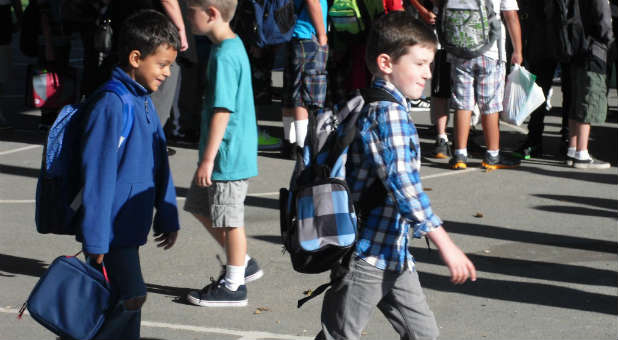 Parents are deeply concerned about an After School Satan Club that targets children as young as 5 scheduled to open at Point Defiance Elementary School in Tacoma, Washington, on Wednesday, December 14.

“No one wants this club; we don’t want a group that identifies itself with Satan to have access to our children,” said Jennifer Droubay, a mother whose child goes to the school.

Parents and concerned citizens will be gathering for a prayerful and peaceful protest against the Satan Club in front of Point Defiance Elementary School on Dec. 14, from noon to 1:00 p.m.

More than 103,000 signatures have been collected online in opposition to the Satan Clubs for children. The petition can be seen here: www.returntoorder.org/petition/keep-satan-washington-schools.

America’s first After School Satan Club sponsored by the Satanic Temple was opened on Nov.16 at the Sacramento Elementary School in Portland, Oregon, despite numerous complaints, protests and rosary rallies organized by parents, teachers and local Catholics.

When the Satanic Temple announced its plans to open Satan Clubs in elementary schools across the country, many people were in shock and disbelief. But reality is now sinking in. And parents are pushing back. “It is just bringing a lot of anxiety to our school,” parent Carolyn Carbajal told The News Tribune. “I don’t see how it is beneficial to any of our students’ families.”

The advance of Satanism in America has suffered setbacks. A satanic Black Mass at Harvard University was canceled in May of 2014 due to public protest. Hundreds of college students, joined by tens of thousands of God-loving Americans, vigorously opposed it.

America Needs Fatima invites everyone who loves children and abhors Satan to join a peaceful prayer rally in front of Point Defiance Elementary School on Wednesday, Dec. 14, at 12:00 noon.