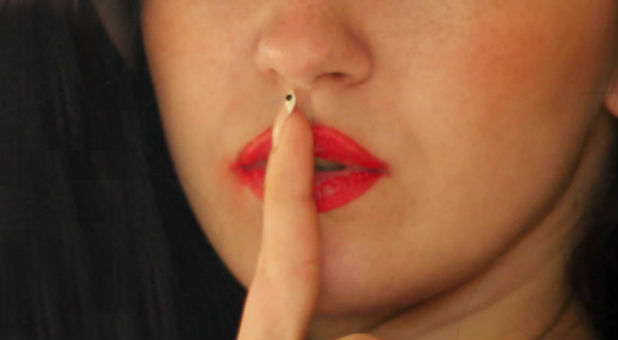 Editor’s Note – One of the major problem’s I had during the last few years of my Pastor ship was Homosexuality. It is surprising how many of our schools are feeding our children this debauchery.  That is one reason that I promote Churches that have adequate building and membership in our Apostolic movement to have a Church School. We must protect our children.  Public Schools promoting ideology has been the reason for many of our children being caught up in the mire of this generation.

“And do not have fellowship with the unfruitful works of darkness; instead, expose them. For it is shameful even to speak of those things which are done by them in secret” (Eph. 5:11-12).

This Friday is a big day in thousands of elementary schools, middle and high schools, colleges and universities across America. GLSEN (The Gay, Lesbian and Straight Education Network) laments losing Obama helping them but they cling to their nationwide, yearly event highlighting the LGBTQ lifestyle to impressionable children and youth.

This national LGBTQ advocacy group, like Planned Parenthood, is extremely tense at present due to the politically incorrect, more conservative Trump Administration. The appointment of strong Christians like Jeff Sessions to attorney general and Betsy DeVos as secretary of education, along with Vice President Mike Pence, has its leadership up in arms.

What Is the “Day of Silence?”

April 21 is GLESN’s annual “Day of Silence” educating students to enjoy “safe schools for all students regardless of sexual orientation or gender expression.” Students of all ages can symbolically identify with the legitimacy of all sexual lifestyles by choosing to remain silent.

While school administrators are not necessarily standing up and vocally calling everyone to participate, students and sympathizers rally tens of thousands to show their solidarity. GLESN will help you implement policies and curricula to educate students, plus they encourage follow- up events with speakers and workshops for education and discussion.

On their website, the organization offers free streaming documentaries and study guides about “transgender and gender expansive youth” like “Becoming Johanna.” GLESN also has instructions on how to address resistance to the “Day of Silence” in your school.

Posters and graphics feature themes like “Day of Silence. Organize in Your School and Support LGBTQ Students” or “Silence is Rebelling Against the Norm. It’s Resistance.”

It’s important to know that there are many endorsers for this special day of indoctrinating our children: ACLU; Gay – Straight Alliance Network; National Association for Education of Young Children; National Center for Lesbian Rights and LGBT Youth Space. Of course, public figures like drag queen RuPaul, lesbian singer Chely Wright and others advocate involvement.

Eliza Byard, GLSEN Executive Director says, “Support for transgender students in K – 12 schools change and save lives and hurts no one.“

Reasons to Resist the Ruse

Under the guise of “safer schools for all” and “protecting students regardless of sexual or gender expression,” GLESN offers the availability of Lambda Legal services to help with any who oppose. Who they won’t protect are scores of vulnerable students from the inevitable consequences of violating God’s standards for marriage and sexuality.

Is it true that it “hurts no one” to support confused young people drifting into transgenderism? Is it really harmless to choose alternate lifestyles clearly prohibited by God, yet endorsed by the LGBTQ community?

Here’s the deal: homosexuality endangers health and our young people are usually the most uninformed about the serious health risks associated with the not-so-gay lifestyle. It is our duty as adults and parents not to remain silent, but to safeguard them from destroying their lives.

Practicing homosexuality is most definitely sinful, contradicts God’s design for humanity plus brings severe consequences to those who rebel. Scripture throughout forbids us to be sexually involved in seven areas: with parents, with children, with brothers and sisters, with another’s spouse, with animals, with dead people and with the same sex.

Scripture says, “Likewise the men, leaving the natural function of the woman, burned in their lust toward one another, men with men doing that which is shameful, and receiving in themselves the due penalty of their error” (Rom.1:27).

Our sacred duty is to protect our children from this “penalty,” not sentence them to suffering by our silence.

Survey on Gay and Lesbian Youth

Because of former President Barack Obama’s advocacy as well as Hollywood’s emphasis, more and more young people are being lured into the homosexual and transgender lifestyle. A recent survey revealed that over 7 percent of millennials identify with involvement, which in turn influences youth following behind them.

A little while ago, the Centers for Disease Control released their most extensive report ever on homosexual youth, The Youth Risk Behavior Survey. The results were frightening.

Most of us know that the life expectancy of homosexuals is 20 years less and the stats are chilling on their high incidence of sexually transmitted diseases. Consider also some of the other consequences disclosed in the CDC report, focusing in on young people and homosexuality.

LGBTQ advocacy groups like GLESN have to acknowledge these statistics, yet their solutions are “Days of Silence,” gay-friendly curricula, participation in gay pride events, “safe spaces” and gay clubs in schools to provide encouragement and support in celebrating one’s lifestyle or gender, whatever that might be.

A week after the “Day of Silence” event, GLESN hosts its annual conference on April 29 in Massachusetts. The organization is working overtime strategizing how to indoctrinate school children across America as young as possible with their propaganda endorsing the LGBTQ lifestyle.

Make sure you know what your school is doing this Friday along these lines. Educate your children and your church with a biblical worldview on these critical issues through the Bullseye Challenge (our local church went through the 30-day/15-minute initiative together).

And continue to pray for spiritual awakening in the United States as well as deliverance for those ensnared in this deception.