Even as President Trump prepares to undo some of Barack Obama’s executive orders to normalize America’s relations with Cuba, the communist island nation remains far short of international human-rights standards.

For example, government officials arrested and put on trial a mother and a father for homeschooling their children. 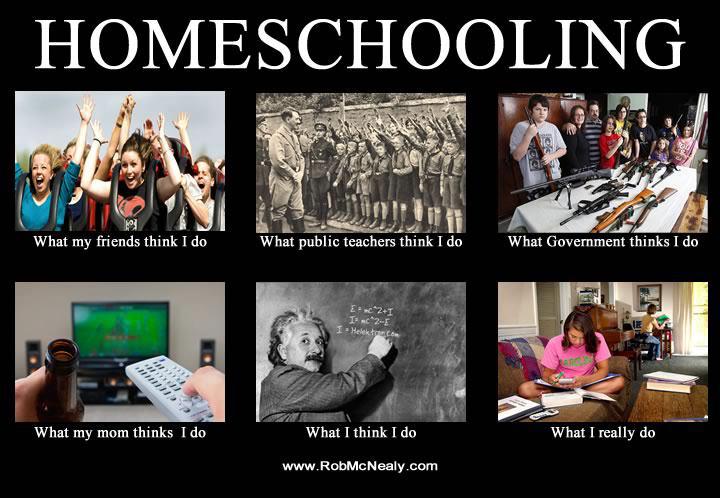 Prosecution of homeschooling parents has been carried out in other countries in recent years, including Germany, Ireland, Sweden and even the United States. But the Home School Legal Defense Association, the world’s premiere homeschool advocates, says that doesn’t make Cuba’s recent jailing of Ramon and Adya Rigal any the less a violation of their rights.

The organization said the couple, arrested on Feb. 21, had decided to homeschool because they wanted the best for their children.

The dispute erupted when authorities noticed their children were not in the government’s education program.

The parents were visited by a team of police officials, a lawyer and several teachers.

“They wanted to impose their position upon us and gave us a warning notice and told us they would take us before the courts because of our position on homeschooling,” Ramón said in a statement released through HSLDA.

“I visited authorities several times to find a peaceable solution to my problem,” he added. “I brought up the possibility of homeschooling under their supervision. I was told that if I did, my wife and I would be imprisoned and our children sent away.”

It was the Municipal Office of Education in Guantanamo that explained “in our system, homeschooling is not considered an educational institution, as this term is basically used in countries with capitalist foundations.”

The parents now been ordered to check in with police every week.

The HSLDA report from Donnelly explained: “Ramón wants to be able to stay in Cuba to pastor his congregation. But it is no wonder that Ramón and his family, after being treated like this simply because they homeschool, have expressed a desire to seek refuge in a country that would respect their rights to educate their children.”

He noted that before 2014, when Obama and Raul Castro cut a deal to restore ties with Cuba, there had been no official contact for decades.

The White House said only last year that should Cuba want to become part of the global community of nations, it needs to treat its citizens with “certain minimum norms.”

HSLDA said Cuba needs to acknowledge the rights of parents to homeschool their children, and an online petition allows people to send that very message to Cuba.

“We hope that members of Congress and the Trump administration will take an interest in this case and take action to defend the Rigals and others like them. Your support, through membership and the Homeschool Freedom Fund, provides the resources which enable us to fight these important battles for families who are being oppressed and mistreated for their choice to homeschool,” Donnelly’s report said.

The threat of jail for homeschool parents is more common that probably most people know.

Just this year an Ohio mom mother faced the possibility of conviction for homeschooling. HSLDA said Valerie Bradley was convicted of being “criminally reckless” over homeschooling.

In Germany, the Wunderlich family has been in the bull’s-eye of a long-running government campaign against homeschooling, repeatedly being threatened with jail terms.

In 2013, they famously faced down police officials armed with a battering ram at the home.

The SWAT team, authorized by a judge to use force if necessary, took the children and told the Wunderlichs they wouldn’t see them again soon because they were violating federal law by homeschooling.

Although there was no claim the children were being mistreated, a team of 20 social workers, police and special agents stormed the family’s home. The HSLDA said at the time that Judge Koenig of the Darmstadt family court signed the order authorizing the immediate seizure of the children by force.

Previously in Ireland, a homeschooling mother went to prison for 10 days.

In Germany, officials have left untouched the anti-homeschooling laws from the Adolf Hitler era.

In 1937 Hitler said: “The youth of today is ever the people of tomorrow. For this reason we have set before ourselves the task of inoculating our youth with the spirit of this community of the people at a very early age, at an age when human beings are still unperverted and therefore unspoiled. This Reich stands, and it is building itself up for the future, upon its youth. And this new Reich will give its youth to no one, but will itself take youth and give to youth its own education and its own upbringing.”

In 2006, a German education official said the government was working to avoid future conflicts over homeschooling with one particular family by looking “for possibilities to bring the religious convictions of the family into line with the unalterable school attendance requirement.”

HSLDA has documented that the German government considers homeschooling to be child abuse, even though it is recognized as a right by the Universal Declaration on Human Rights, the European Convention for the Protection of Human Rights and Fundamental Freedoms, the United Nations International Covenant on Economic, Social and Cultural Rights and the International Covenant on Civil and Political Rights.

In fact, a 16-year-old in Germany once was taken into custody and detained in a mental facility because she was being homeschooled.

In nearby Sweden, WND also reported a case in which authorities snatched a 7-year-old child from an airplane as the parents were moving to India so they could homeschool.

Swedish courts have ordered Dominic Johansson to be permanently separated from his parents, Christer and Annie Johansson. Christer later was imprisoned in the fight.

The U.S. Department of Justice at the time, under Obama, said in court it agrees with the philosophy of the German government that bureaucrats can punish homeschooling parents.

In one case in Mississippi, HSLDA fought a decision from Judge Joe Dale Walker of the state’s 13th Chancery district court that included the judge’s threats to school officials.

“He threatened us,” said a school official who later was served with an order the judge wrote and signed for himself.

Walker about that time was ordered by the state Supreme Court to explain his behavior.
Read more at http://www.wnd.com/2017/03/human-rights-cuba-arrests-orders-trial-for-homeschooling-parents/#3eR02ZMJCl0Pcd2Y.99

There are penalties, the government said, for allowing a minor to be absent from school.

The officials then moved through the neighborhood to undermine the pastor and his wife.

The government was equally unconcerned about a letter from Michael Donnelly, HSLDA’s chief of global outreach. Officials simply didn’t respond.

Donnelly had pointed out that “as a matter of international human rights law, the right of parents to choose the kind of education their children shall receive is recognized as a ‘prior’ right by the United Nations Declaration on Human Rights in article 26(3).”

“When parents choose to home educate their children they are exercising their own right as well as taking on the responsibility to provide an education for their children,” he said. … There is no human rights framework or treaty that recognizes that an education must be provided by government controlled schools.”