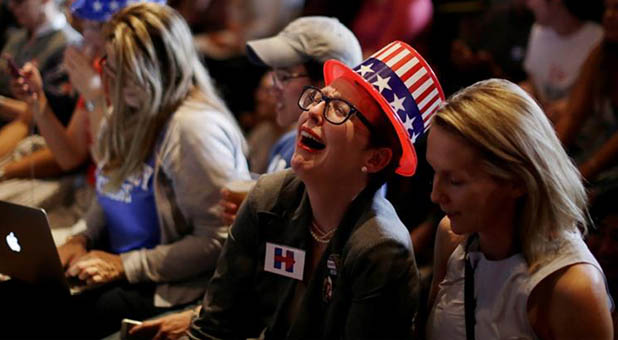 With the creation of the Federal Department of Education there grew a massive industry in mind manipulation. In November, 1992, following the election of Bill Clinton to the Presidency, Marc Tucker, president of the National Center for Education and the Economy (NCEE) wrote an 18-page letter to Hillary Clinton. He excitedly outlined the opportunity the Clinton Administration now had to “remold the entire American system …” He provided a detailed blueprint for a revolution to completely change our nation and its citizens by training children from a very young age to properly serve the global economy.

There was little in Tucker’s plan that had anything to do with teaching how to read, write or calculate. That wasn’t important. Instead it was a plan to control the children’s knowledge base to fit Tucker’s vision of creating the proper global citizen cog. Today, Tucker’s proposal made to Hillary Clinton that fateful day is completely in place.

It started with Goals 2000, designed to create a new system of standards that no longer taught our American system of free enterprise and limited government. In fact, it taught them such ideas were dangerous and selfish. Then came School-to-Work, which focused on job training rather than academics. It was all glued together by a new method of psychological control called “Outcome-Based Education.”

OBE created a computer database on every child and focused on mental, psychological and behavioral evaluations. The data bases were made available to the schools, the government and future employers. Teachers were designated as counselors to decide if problem children needed drugs to control their behavior. Ritalin overuse was born. A system called “Transition” was employed that featured small groups of children sharing their thoughts, feelings and opinions.

Transition contains no academic significance whatsoever. It contains tactics such as role-playing. Its purpose is to strip search the students for their ideas and attitudes so a special personal curriculum can be created to assure attitudes such as love of family or country, for example, can be systematically deleted. It slowly trains them to not question authority.

Today, the new term is Common Core. It simply encompasses all of these forerunners to the plan to remold American education and ultimately change American culture by dictating the thought and belief process of its citizens. The indoctrination of the children is now in full swing.

In 2011, the Association for Supervision and Curriculum Development (ASCD), another private group contracting with the Department of Education, advocated the “Whole Child Approach,” saying Whole Child education is the expansion of education beyond just learning reading, writing and arithmetic to include student health, community engagement and social emotional learning (SEL). The ASCD report goes on to explain that “SEL focuses on feelings, emotions and self-reflection, leading to inclusion of social responsibility and social justice initiatives.”

The Department of Education is now planning to use the SEL process to rate schools on their “nonacademic” factors through its new initiative called “Every Student Succeeds Act” (ESSA) that is to be enforced in the 2017-1018 school year.

The bottom line for all of this mumbo jumbo is that children have been designated to be patients who are sick and in dire need of cure. If they believe they are unique individuals, if they love their families, believe their nation is a bastion of freedom, love God, etc., then they are deemed unhealthy, deluded and in urgent need of care.

The “curriculum” that now surrounds them drills home the need to openly seek to change the world in areas such as health care, climate regulation and “sexual politics.” Children are graded on their activism, volunteerism and commitment to community rather than academic knowledge.

Children are taught that only whites can be racist because racism is power and only whites have power. American civics is ignored. Our founding ideas are dismissed as organized slavery controlled by the rich. Capitalism is evil. Wealth must be destroyed. Government control is the answer to all questions. These things, the children are assured, are the proper attitudes, values and beliefs. And it is their duty as citizens of the world to not only promote and carry out such ideas, but to consider any contrarian thoughts as evil and to be stopped at all costs. These are the children of today.

In my book, Erase, I write of a process called “Globally Acceptable Truth.” This is an actual policy promoted through the United Nations. It advocates that the reason we have war, poverty and strife is because there is too much knowledge in the world. That, we are told, forces people to struggle to understand too many ideas in order to make decisions for their lives. It’s just too much to of a burden to live under. It’s the reason, we are told, that so many are failing today. They just can’t take the stress of life. So, under Globally Acceptable Truth, these decisions are made for them making their lives less stressful. That is the purpose of today’s education system.

So now, after decades of this mind control and manipulation passing as public education, what is the true outcome? Well, simply watch the nightly news as young people take to the streets to protest the election of Donald Trump. Listen to what they say. They are terrified at these politically incorrect ideas. They oppose policies that seek to keep our nation independent and sovereign. They label any thoughts of the reduction of federal spending programs as hateful and racist. They loath the idea that people can have differing opinions. To advocate ideas of individuality, limited government, pro-second amendment, sound science, free enterprise—all such ideas can now get one labeled as unstable and possibly insane. Such dangerous thoughts must be cured.

So well have these modern day Comprachicos done their job that the once happy, innocent, trusting children now need counseling and safe spaces to protect them from ideas and opinions that are outside their acceptable truth. They are reduced to coloring books and play dough to help them cope. Their minds have been remolded into the shape of a hideous, empty vessel, kept in a state of planned constant adolescence where they remain pliable.

Many will say the education system has failed. That’s wrong. It is working perfectly for what it’s been designed to do. If you think it has failed, that’s because you are still operating under the incorrect assumption that the purpose of schools is for teaching knowledge and learning academics.

In fact, the Comprachicos of Yale and Harvard and every “institution of higher learning” and public school classrooms have succeeded in creating the perfect, pliable, unquestioning, obedient global village idiots, ready to take their selected spot in this well-ordered utopia. Of course, in reality the process is nothing short of child abuse.

I weep for those wonderful little bright-eyed children across this country. If you dream of taking the country back, start by saving the children from mental dismemberment by these modern-day Comprachicos.

To make the nation great again, Donald Trump’s new administration must set this very specific goal: Tear down the federal Department of Education and set free these young minds so that they may have a life of their own. For that is freedom.